The phone comes in three storage options 4GB + 64GB, 6GB + 64GB and 6GB + 128GB and the device I have is a 6GB + 64GB storage device. The rest of the features and specifications are the same. At the moment, we know the features of this smartphone quickly.

First, let’s talk about the unique display of this smartphone. It is the first smartphone that has been launched in India with a punch-hole or pin-hole display. Likewise, this display can be seen in many smartphones launched this year such as Honor View 20, Samsung Galaxy M40, Motorola One Vision, Honor 20, 20 Pro. This is the first time for Vivo when the company has done such an experiment in one of its smartphones.

The phone has a 6.53 inch Full HD Plus display. The aspect ratio of the display is 19.5: 9 and resolution 1080X2340. The screen-to-body ratio of the display is also around 90 percent. In the phone’s display, the punch-hole is intimately fitted upwards on the left side. This hole is so small (4.5mm) that when you watch the video in full screen, it is not detected. You can also stretch it to fit-to-screen while watching a video.

The contrast and brightness of the display of this phone are similar to the company’s recently launched Y-series smartphone. The sensitivity of the display is also good while playing the game you will not have any problem in hitting the target. You also navigate through the apps comfortably on the display. over a mid-range display, its display will not disappoint you.

We now talk about the design of the phone. The design of the phone resembles Vivo’s mid-range launched Y-series smartphone. Its design has not been changed much. In the front panel, a punch hole is placed instead of the notch, which gives you a full-view experience. The top of the phone has a very fine line for the receiver and proximity sensor which does not take up the space of the display at all. A thin chin has also been given on its underside.

The Processor of Vivo Z1 Pro

This year, Vivo has given 5,000 mAh battery in many of its Y-series smartphones Y12, Y17, Y15. This smartphone is also launched with the same 5,000 mAh strong battery. The battery backup of the phone is tremendous, In addition, you can run it comfortably for one and a half to two days by charging it once. In order to charge its battery, it also has 18W fast charging support. The only drawback I felt was that a USB Type-C charging jack could be given in it.

Well, in the mid, sub-mid range smartphone of Vivo, I have only got Type-A or Micro USB port. Whereas in mid-range smartphones of Nokia, Samsung, Motorola, you also get USB Type-C. Talking about the software, the phone has an in-house Funtouch OS 9 based on the Android 9 Pie operating system. Many pre-installed apps are also provided on the phone, you can also delete these apps if you want.

After reviewing the phone overall, I conclude that this could be a better option for mid-range users. The Qualcomm Snapdragon 855 mobile platform is not in it, but its performance is better. I can give full marks for multitasking and gaming. I liked the camera well, if you are fond of photography, you can surprise its rear camera. The selfie camera is a tremendous one that you can use for day-to-day life and also social media uploads.

Make sure you also check our amazing article on जिओ फायबर काय आहे? What is Jio Fiber? Jio GigaFiber? 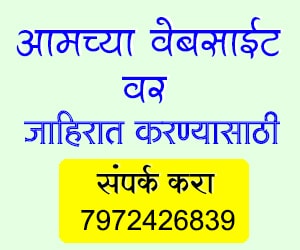